Ever seen how Brussels Sprouts grow? 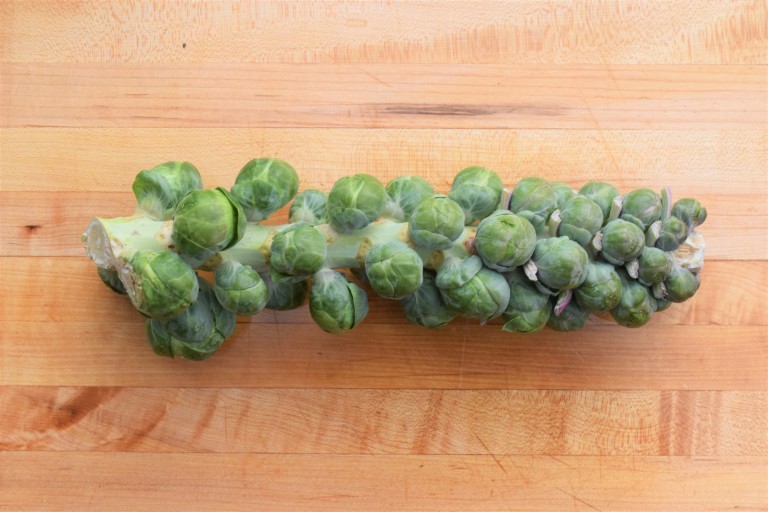 Anyway, if you’re only experience of brussels sprouts are those limp, steamed-in-the-bag green balls, you probably don’t like them. I have vivid memories of having to finish my vegetables growing up, and forcing Brussels sprouts down whole, with a huge gulp of milk. Probably also with a very disgusted look on my face. 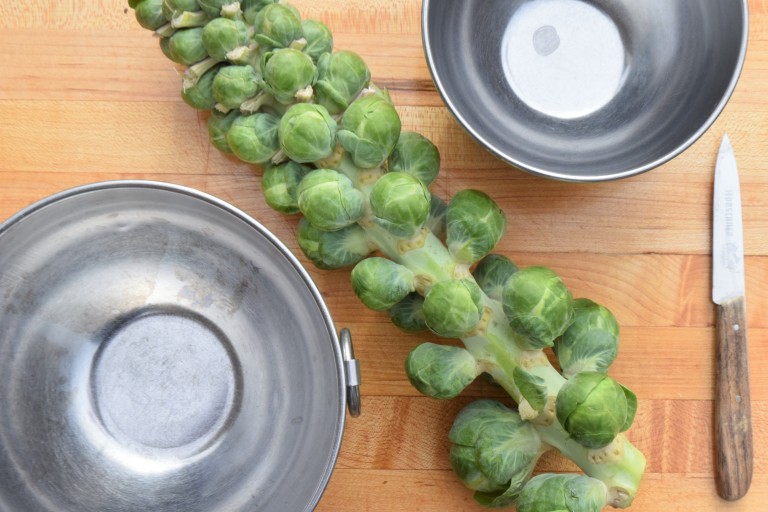 Thankfully, for both my tastebuds and general being-in-adult factor, I have learned other ways to prepare vegetables, like baking or sauteeing. Brussels sprouts have moved from being something that I can’t stand to taste, to something that I actively snitch. Pretty amazing, right?

And super simple. Cut them small, sautee with just enough oil to keep it from sticking. It even tastes better if you let it burn a bit, so it’s very forgiving!

I like to use a nice, heavy pan, like a cast iron pan. It heats evenly and stays hot.